This is 15 mile round trip starting at Whahouse Bridge Eskdale. There are two variations of this route, but both pass Cam Spout Crag. Both routes are included in the virtual tour of Eskdale to Scafell Pike half way down the page.

The route heads north-east past Taw House before turning west just past Scale Gill. Here the path rises before resuming in a north west direction over a plateau. The path continues until it eventually meets up with the River Esk and proceeds onwards to Cam Spout.

Here the route turns off to the north-west where it makes the long steep ascent to Mickledore. Once Mickledore is reached, the route takes the north-east path to make the final ascent of Scafell Pike. 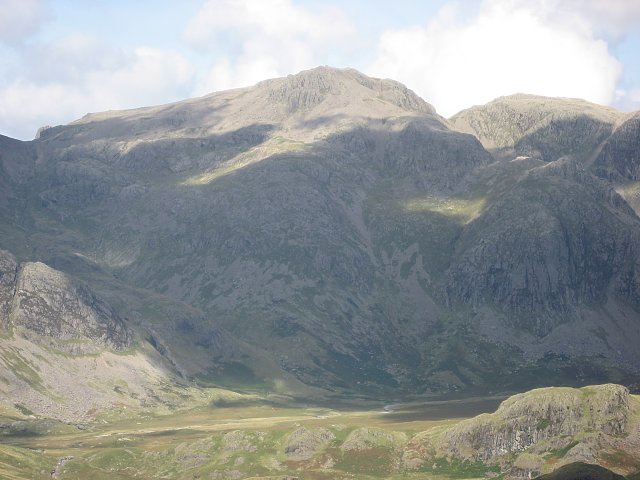 Cam Spout Crag can be seen on the lower centre left. Just to the right of here, the path ascends past the waterfalls up to ridge of Mickledore (top left). Here the path heads right to the summit of Scafell Pike. Photograph by Ann Bowker


Above: Here is a YouTube video of a virtual tour I created of the Eskdale to Scafell Pike Route. Both variations (Mickledore and LittleNarrowcove) are included.

Like the previous route this heads north east past Taw House before turning west just past Scale Gill. Here the path rises in zig zags before resuming in a north-west direction over a plateau, then continues to Cam Spout.

Here the route continues north east until it pases Dow Crag to the left and arrives at the bottom of Little Narrowcove. Here the path turns off to the north-west where it makes a long steep ascent to the Broad Crag Col. Once this is reached the route takes the south west path to make the final ascent to Scafell Pike. 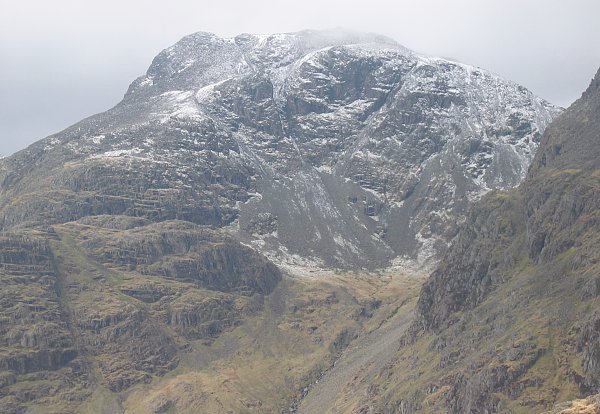 The Summit of Scafell Pike above the hollow of Little Narrowcove. The route continues to Broad Crag Col (just obscured on the upper right of the picture). It then turns left and ascends the snow covered ridge to Scafell Pike summit . Photograph by Ann Bowker 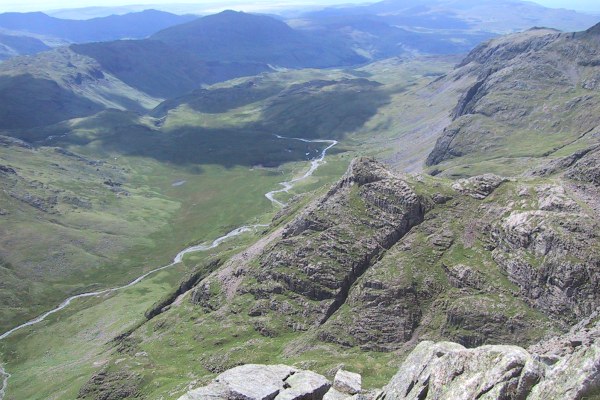 Looking over Great Moss and the River Esk. Scafell Pike Routes from Eskdale approach Cam Spout and Little Narrowcove alongside the Esk. Photograph by Ann Bowker 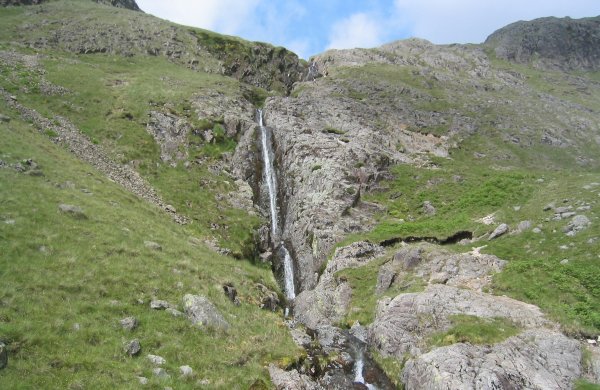 The waterfalls at Cam Spout. Start of ascent to Mickledore. Photograph by Ann Bowker 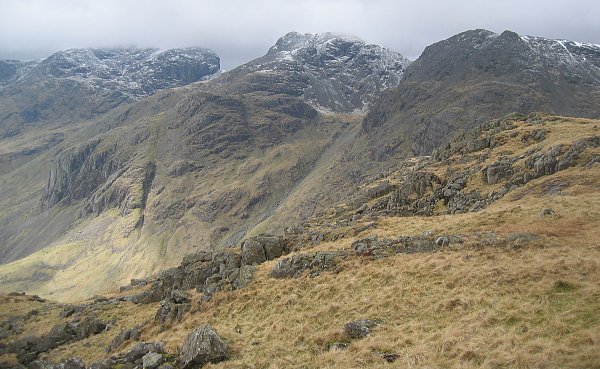 The diagonal line of Little Narrowcove can be seen in the centre of the picture running down right to left. Photograph by Ann Bowker